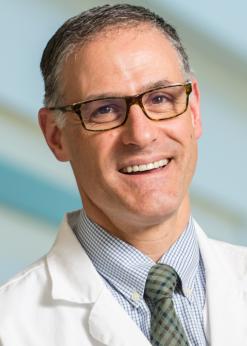 Merrens has been at Dartmouth-Hitchcock (D-H) since 1998 where he worked initially in General Internal Medicine as a general internist and director of Inpatient Medical Services. He developed the Hospitalist service at D-H in 2004 and later, in 2005, established the Section of Hospital Medicine, where he served as its inaugural section chief from 2005 to 2012. Merrens served on the D-H Boards of Trustees from 2006 to 2012 and currently serves on regional affiliate hospital boards. He continues to practice as an hospitalist at Dartmouth-Hitchcock Medical Center.

He served as chief medical officer from 2012 to 2016 when he assumed the role of system chief medical officer. In October 2016, he was named chief clinical officer for D-H. In this capacity, Merrens works closely with the CEO and chief officers, as well as the System Integration team to develop, coordinate and enhance clinical operations, service lines and care across the D-H system, from our academic tertiary care hospital, to the community group practices and affiliate hospitals as they work to deliver efficient, high-quality care across the region.

He is a 1988 graduate of Dartmouth College, and a 1994 graduate of the Geisel School of Medicine at Dartmouth. He completed his internship and residency in Medicine at the University of Washington Medical Center in Seattle in 1997. Merrens then served as the inpatient chief resident at University of Washington's Harborview Medical Center in Seattle. In 2013, he graduated from the Masters in Health Care Delivery Science Program at Dartmouth and the Tuck School of Business.