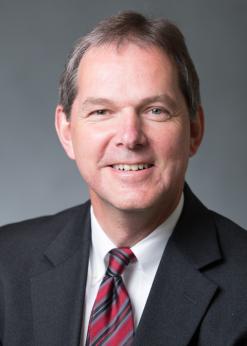 Daniel Jantzen has been a member of the Dartmouth-Hitchcock (D-H)/Dartmouth-Hitchcock Health (D-HH) management team since 1990 and has served in a variety of D-H leadership positions including Vice President of Finance, Chief Financial Officer and Executive Vice President for Operations and Chief Operating Officer. In his current role as the D-HH Chief Financial Officer, Jantzen is responsible for the financial health of the D-HH system. In 2012, he was named one of "100 Hospital and Health System COOs to Know" by Becker's Hospital Review, a bimonthly publication offering business and legal news and analysis relating to hospitals and health systems.

Prior to joining Dartmouth-Hitchcock, he lived in the Boston area where he was a Senior Manager in the Audit Department of KPMG, primarily serving clients in the health care, public utilities and financial services industries. His KPMG clients included Dartmouth-Hitchcock, Boston City Hospital and Public Service Company of New Hampshire.

Jantzen graduated from Northeastern University with a Bachelor of Science degree in Business Administration and a concentration in Accounting. He has been a Certified Public Accountant (CPA) since 1985.

Jantzen currently lives in Etna, NH, with his wife, Deb. They have three adult children, a daughter-in-law, son-in-law and grandson, Luke. Jantzen has been active in Scouting, his Church and has served on the Boards of a variety of Upper Valley organizations including David's House, Crossroads Academy, New London Hospital and Mascoma Savings Bank. He is a periodic guest lecturer at Tuck Business School, The Dartmouth Institute for Health Policy and Clinical Practice (TDI) and the Geisel School of Medicine. Jantzen enjoys passing on what he has learned to the next generation of leaders.