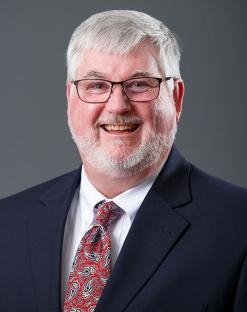 O'Brien came to Dartmouth Hitchcock Medical Center from the Lahey Clinic Medical Center in Burlington, Massachusetts, where he served as Vice President for the Sophia Gordon Cancer Services and Neurosciences. At Lahey, he developed a network of cancer centers in southern New Hampshire and Massachusetts, formed a comprehensive interdisciplinary spine center and oversaw the redesign of ambulatory practice access. While at Dartmouth Hitchcock Medical Center, O'Brien has led the NCI-designated Dartmouth Cancer Care through a strategic growth and expansion phase while improving the quality, satisfaction and outcomes to be best in class. He has also led the redesign of hospital inpatient operations to improve access, throughput and transitions while maintaining a high level of quality and safety.

In 2017, O'Brien earned a Master in Healthcare Delivery Science from Dartmouth College, the TUCK School of International Business and Geisel School of Medicine at Dartmouth (Geisel) and is now on the faculty of Geisel teaching the Business of Medicine curriculum. He also has a Master of Science in Health Services Administration from the University of St. Francis, Joliet, Illinois, where he also served as an Adjunct Faculty Professor. O'Brien received his Bachelor of Science in Health Services Administration from Providence College, in Providence, Rhode Island.

He is originally from Rhode Island and now lives in Norwich, Vermont.