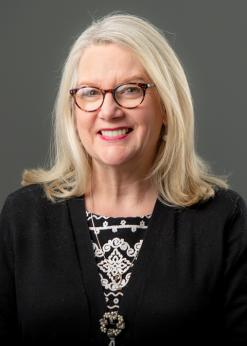 Reeves is also the Chief Nursing Executive for the Dartmouth Health system, which she assumed in June 2017. In this role, she is responsible for setting the strategic direction for nursing across the system and for creating alignment for nursing practice across all Dartmouth Health entities.

Reeves received her Diploma in Nursing from Mary Hitchcock Memorial Hospital in 1980. She earned her Bachelor of Science with a major in Nursing in 1988 from Colby-Sawyer College. Reeves attended the University of New Hampshire in Concord, NH, where she earned her master's degree in Nursing Administration in 1991, and earned her Doctorate in Educational Leadership and Policy Studies from the University of Vermont in Burlington, Vermont, in 2010.

Reeves is also a Clinical Professor in the Department of Community and Family Medicine at the Geisel School of Medicine at Dartmouth College (Geisel), and a Professor Emeritus at Colby-Sawyer College. Her scholarship interests lie in the field of health care quality and patient safety, organizational ethics, and she actively participates in numerous local, regional and national programs with this focus. She serves on the Board of Directors for the New Hampshire Hospital Association. At Colby-Sawyer, Reeves worked closely with faculty of Geisel to offer interprofessional education sessions to nursing and medical students as well as electives in the medical humanities.

Reeves and her husband, David, live in New London, NH. They have two sons and two grandchildren.