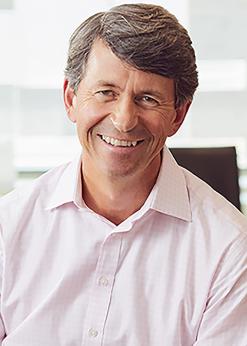 Mark W. Begor is chief executive officer of Equifax, a $3.8 billion leading data, analytics and technology company operating in 24 countries and headquartered in Atlanta, Georgia. Known as a strong operating and financial leader who builds teams around a clear strategy, Begor has led growth turnarounds of several businesses throughout this career. Since joining Equifax as CEO in April 2018, he has led a $1.25 billion technology transformation strategy across the global enterprise. Begor is currently a member of the Equifax Board of Directors and formerly served on the public board of FICO from 2016 to 2017, where he was on the compensation committee.

Prior to Equifax, Begor served as managing director and operating partner at Warburg Pincus, a leading global private equity firm focused on growth investing. From 2016 to 2017, he helped Warburg Pincus’ 120 portfolio companies accelerate growth and improve operations for its more than $40 billion of global investments. During that time, he also served on five of Warburg Pincus’ boards of directors.

Before joining Equifax and Warburg Pincus, Begor spent 25 years at General Electric (GE) in leadership positions of increasing importance, with a reputation for taking on some of the toughest growth and turnaround roles at the company. He spent over 15 years of this GE career leading a variety of GE capital consumer and commercial finance businesses, and the balance on the industrial side of GE, which gave him a broad-based operating background and deep experience in acquisitions, dispositions and acquisition integration. Across his GE career, he was instrumental in leading the execution and completion of more than 50 deals totaling more than $75 billion.

Begor’s accomplishments also include serving as senior vice president and member of GE’s Corporate Executive Council and GE Capital Board for 10 years and as a GE officer for 19 years. He also served on several public and private boards during his GE career. In addition, Begor has an extensive global background, having lived in Singapore, Europe and having served in a variety of international roles.

Begor is a graduate of Syracuse University, with a Bachelor of Science in Finance and Marketing and he holds a Master of Business Administration from Rensselaer Polytechnic Institute. Because he believes deeply in giving back to his community, he is connected with numerous charities including formerly being on the board of St. Luke’s School in Connecticut, and Kids in Crisis in Connecticut. He is currently on the Syracuse University School of Management Advisory Board and Proctor Academy Corporation Board. He was recently honored by the Multiple Sclerosis Society of Connecticut as their 2019 Hope Honoree. Outside of Equifax and philanthropic work, Begor is an active runner and participates in marathons across the country. He and his wife Kristen have three grown sons and together enjoy skiing, biking, golfing and sailing. Their principal residence is on Lake Sunapee in New Hampshire.