Adjunct lecturer at the Harvard Kennedy School of Government 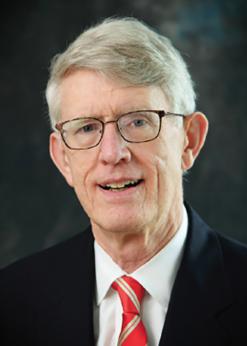 Thomas P. Glynn PhD is an adjunct lecturer at the Harvard Kennedy School of Government, where he teaches Public Management.

Previously, from 2018 to 2021, Glynn was the Chief Executive Officer of the Harvard Allston Land Company, overseeing the development of the first phase of the Enterprise Research Campus in Allston. Before that, Glynn was Chief Executive Officer of the Massachusetts Port Authority from 2012 to 2018. In this role he oversaw Logan Airport, the Port of Boston and real estate holdings in East Boston and South Boston. From 1996 to 2010 Glynn was Chief Operating Officer at Partners HealthCare, at that time an $8B network of hospitals, physicians, care givers and neighborhood health centers (Partners is now known as Mass General Brigham). Before Partners, Glynn was Deputy Secretary of Labor under President Clinton, Senior Vice President of Finance and Administration at Brown University, Deputy Commissioner of Public Welfare under Governor Dukakis and General Manager of the Massachusetts Bay Transportation Authority.

Glynn has served as a Board Member of John Hancock Financial Services, Brandeis University, McLean Hospital, and as a committee member of the Harvard Corporation Committee on Facilities and Capital Planning.

Glynn has a BA in Economics from Tufts University and a PhD from the Heller School of Social Policy and Management at Brandeis University.