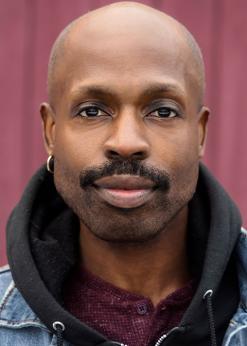 Jarvis Antonio Green is the Founding Artistic Director of JAG Productions, a Vermont and NYC-based Black theater company founded in 2016. He is the recipient of the New England Theatre Conference Regional Award for Outstanding Achievement in the American Theatre for his work with JAG in its inaugural year. Every year he produces five new plays, nurturing the work of five budding playwrights at JAGfest, one of the nation's leading incubators of new works by Black playwrights.

In 2019 Green produced the World Premiere of Nathan Yungerberg's Esai's Table and transferred it Off-Broadway for a run at the Cherry Lane Theatre. In 2020 he launched the Black Joy Project, a three-tiered project: a Black Theatre methodology, a play embodying the method, and a documentary film capturing its inception, and after a 17-month hiatus from live performances, JAG returned to the stage with the Theatre on the Hill outdoor summer series, hosted on the gorgeously picturesque lawn at King Arthur Baking Company. Native Son acknowledged Jarvis as a Black queer man who impacted the world in 2020 and sees himself playing a pivotal role in bringing actors and stories from all over the diaspora to stages worldwide.

Green has a robust artistic resume, having directed and performed in numerous professional productions all over the country. As an educator and scholar, he created a Black Theatre curriculum for Northwestern University, Notre Dame, and Northern Vermont University. Green is a New England Foundation for the Arts National Theatre Project Advisor and is a founding member of the Black Theatre Artist Council at the Roundabout Theatre Company in New York.