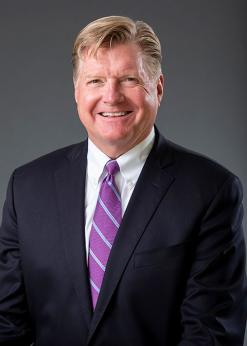 Edward Stansfield is a retired Senior Financial Advisor, Resident Director, of Bank of America/Merrill Lynch. He serves on a number of non-profit Boards and/or Board Committees including Dartmouth Hitchcock's Investment Committee and the Hitchcock Foundation. He is immediate past chair of Dartmouth Hitchcock and current chair of Dartmouth Health. He served 10 years on the Board at Kimball Union Academy, during which time he served as Treasurer during the 2008 financial crisis, and saw successful completion of the Academy's $40 million capital campaign in 2013.

Stansfield earned a Master of Arts degree from Middlebury College and a Bachelor of Arts degree from Ohio Wesleyan University. He is a long-time resident of Meriden, NH, with his wife Amy, who is the Director of Clinical Services at Norris Cotton Cancer Care Pavilion Lebanon. Their son Sheldon is a junior partner in Stansfield's group at Merrill Lynch.