Home / For Patients & Visitors / D-H Stories / Is My Child's Behavior Normal?
In This Section

Is My Child's Behavior Normal? 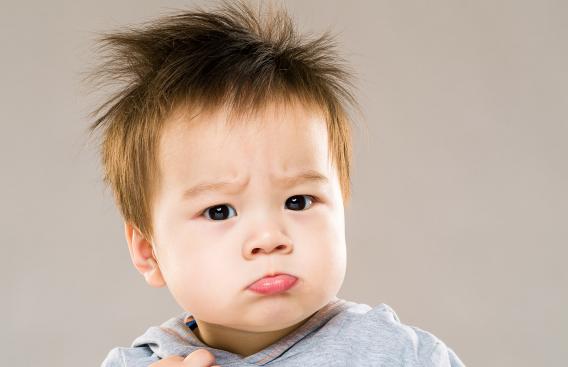 Parents of newborns to five-year-olds often worry certain behaviors are a sign of autism, attention deficit hyperactivity disorder (ADHD) or learning disabilities. Babies and young children can only control their own bodies, which may show up as behavior, sleeping, eating and toileting issues.

Young children are rapidly learning from their parents and their environment and testing out their new found independence. This can sometimes lead to some challenging behaviors that can cause their parents to worry about more concerning developmental disorders such as autism or ADHD as children try to exert control over those aspects of their lives which they can—eating, sleeping and toileting.

The term "terrible twos" has long been used to describe the changes that parents often observe in two-year-old children but children as young as 18-months can throw themselves on the floor, angry and upset.  A parent may perceive this age as terrible because of the rapid shifts in a child's mood and behaviors—tantrums!  These changes, however challenging, are a normal part of child development. Two-year-olds undergo major motor, intellectual, social and emotional changes. Also, children at this age can understand much more speech than they can express—a factor that contributes to emotions and behaviors that are difficult for parents to interpret. Tantrums typically peak between two and three years of age, and lessen when a child is able to use two- and three-word combinations. Tantrums become worrisome when they exceed 15 to 20 minutes, and happen multiple times daily.

This developmental stage happens out of frustration, often due to a lack of language skills. Parents should not bite a child back. The best strategy is to shower attention on the child that was bitten, and ignore the biter. This behavior will pass with time.

Young children need quite a lot of sleep. Between napping and nighttime, infants to two-year-olds should sleep 12 to 14 hours and three-to-five-year-olds, 10-12 hours per 24 hours. It’s common for children to fight bedtimes or be fearful due to overactive imaginations. Keeping a regular schedule, having a nice bedtime routine and separating screen time from bedtime is critical. A good night’s sleep requires at least 90 minutes away from screens before bed.

Night or sleep terrors differ from nightmares. Children look petrified, but aren’t—their brains hold no memory of the night terror, and they’re not a deep-rooted psychological concern. Parents shouldn’t wake their child, but ensure their safety. Your pediatrician can share other effective strategies to stop frequently occurring night terrors.

A 15-month-old who eats anything can suddenly become picky at two-and-a-half. Appetites change, and a child may eat less one day and compensate the next. As long as children eat a variety of foods over a week’s time, gain weight and grow taller, it’s OK.

Children are toilet-training later as the process has become more child-led. Children will often push back on toileting, but it’s important not to engage in power struggles. Parents will not win and some children may start to withhold to gain control—causing constipation problems. Their doctor should be notified if a child is over four and not interested in toileting, and/or withholding issues exist.

Everyone has sound and tactile preferences—which explains the popularity of tagless clothing! If sensory challenges become disruptive, say if a child cannot be taken shopping because they are overwhelmed by the experience (lights, sounds, etc.), parents should talk to their child’s doctor. But if a child’s socks don’t feel right, and they remove and put them on a few times, that’s a reasonable behavior.

Is My Child's Behavior Normal?