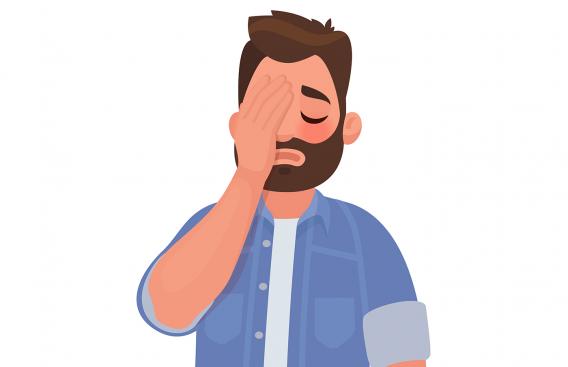 I can’t even begin to tell you what it’s like to come into work and to have people morning, noon and night telling us how their lives have been completely altered for the better with the new treatments.

“This is the most exciting and hopeful time for people with headache in the last 50 years. It’s truly a watershed moment in headache treatment, and the opportunity to turn people’s lives around is unparalleled in my professional career,” says Stewart J. Tepper, MD, a neurologist who works in headache medicine at Dartmouth-Hitchcock’s (D-H) Headache Center at Heater Road in Lebanon, NH.

Tepper’s excitement is due to a number of advances in headache medications and treatments. Many longstanding headache drugs are now available as generic drugs, which means pharmaceutical companies can redesign, combine drugs or administer them differently to improve their effectiveness. Among these new therapies are combinations of existing medications, as well as nasal sprays, nasal powders, and a new skin patch. “The patch has thousands of micro needles that deliver the drug, and then you pull it off like a bandage an hour or two later,” says Tepper. “It bypasses the stomach and works more like an injection, except it’s a patch and does not hurt.”

Another treatment area creating substantial change are new therapies that target calcitonin gene-related peptide, which causes migraine pain. Over the past year, the Food and Drug Administration (FDA) has approved three new medications—erenumab (brand name Aimovig), fremanezumab (brand name AJOVY) and galcanezumab (brand name Emgality)—that patients can administer to themselves at home with a once monthly injection. Emgality is also the first drug the FDA has approved for the prevention of cluster headache, a severe headache disorder that affects more men than women.

“These new medications all dramatically reduce migraine and are life-changing for people, generally with either no or minimal side effects for the vast majority of patients,” says Tepper. “And the fact that these treatments can be administered at home is important for D-H patients, because the average drive to see us is an hour-and-a-half to two hours one way. Until last year, onabotulinumtoxinA, which is the generic name for Botox, was the only FDA approved drug for chronic migraine. And Botox must be administered to patients quarterly through injections made by clinicians, which made it more difficult for our patients who live farther away. But these three new therapies are approved for all types of migraine, which is great for our patients.”

Tepper notes that there is another new class of medicine coming for the acute or preventative treatment of migraine called gepants. Gepants are small molecules that block the calcitonin gene-related peptide receptor (CGRP) and can be used daily to prevent migraine or can be used on an as-needed basis to stop a migraine attack. The first two gepant drugs are expected to receive FDA approval by the end of the calendar year. “Dartmouth-Hitchcock was part of the clinical trials for almost every one of the drugs that target calcitonin gene-related peptide, so we have a lot of experience with them,” says Tepper.

There is also a new drug coming that targets serotonin, which is the cause of some migraine. Triptans were approved to target some serotonin receptors in the 1990s. But the new drug, lasmiditan, targets a different serotonin receptor; FDA approval is expected by the end of 2019. “It’s a big deal to have two classes of preventive migraine medicines never before available, on top of the new formulations of the older drugs and the combinations of the older drugs,” says Tepper.

Additionally, D-H headache researchers have been studying the use of “neuromodulation” devices to treat migraine. “Neuromodulation involves noninvasive devices that patients use to stimulate the brain or influence the activity of other neurons in the brain,” says Tepper. Four of these devices have been FDA approved, and D-H is studying a fifth one that is worn like a crown and stimulates nerves on the forehead and the back of the head to stop a migraine. The approved devices are available only by prescription and include:

For those suffering from headache, Tepper recommends making an appointment with D-H’s Headache Center. “The care is driven by diagnosis, and our international classification of headache disorders has 300 pages of diagnoses,” says Tepper. “After we get a diagnosis, we develop the treatment based on a patient’s preference and goals. These goals may include elimination of pain and reducing the impact of headaches on life.”

“I can’t even begin to tell you what it’s like to come into work and to have people morning, noon and night telling us how their lives have been completely altered for the better with the new treatments. It’s just exhilarating. It’s an amazing time.”