Our Journey to Becoming a Health System 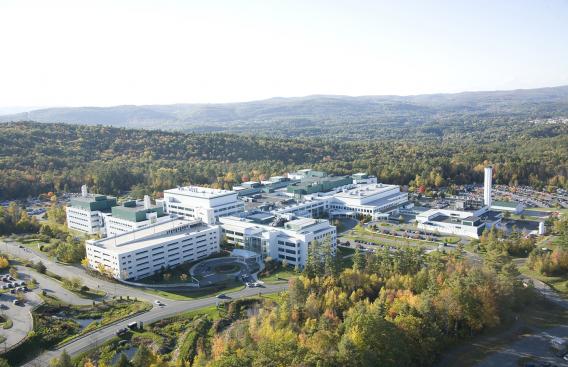 The story begins with the Dartmouth Medical School (DMS), which was originally called the Dartmouth Medical College. Dartmouth's medical school was founded in 1797 by Nathan Smith and was the fourth medical school in the United States (preceded by schools at the University of Pennsylvania in 1765, Columbia in 1767, and Harvard in 1783). Smith was a Harvard University and University of Edinburgh Medical School educated physician from Cornish, New Hampshire. Noting the dearth of medical professionals in the rural Connecticut River Upper Valley area, Smith petitioned the Board of Trustees of Dartmouth College in August 1796 to fund the establishment of a medical school to train more physicians for the region. Though Dartmouth College as a whole was financially strapped, the Board approved the request, and Smith began lecturing on November 22, 1797.

The offering of a Doctor of Medicine degree ended with the class of 1914 and for several decades thereafter, students attended DMS for two years before transferring to other schools where they received their formal medical degrees. The resumption of a full 4-year doctor of medicine degree program occurred in 1974 and resulted in part from the close alliance of the medical school with Mary Hitchcock Memorial Hospital and the Hitchcock Clinic, and their shared commitment to becoming an academic medical center through the formation of Dartmouth-Hitchcock Medical Center (DHMC).

In 1890, hospitals were still a new concept and people tended to accept home care as the norm. Hospitals were viewed as places where people went to die and few ever emerged to resume a normal life. Dr. Carlton P. Frost, Dean of Dartmouth Medical College, headed the newly formed Dartmouth Hospital Association, which purchased a small piece of land at the northern end of Hanover. He contacted his friend, the prosperous hotelier, Hiram Hitchcock, who embraced the prospect of building a small hospital in the area, a facility that would not only serve the sick but would also provide a place for the training of doctors and nurses.

The death of Mr. Hitchcock’s wife in 1887 prompted Hiram and Carlton to move forward with their planning. The new hospital was built in Hanover with funds donated by Mr. Hitchcock and dedicated as a memorial to Mary Maynard Hitchcock. The hospital was formally opened in 1893.

The hospital continued to grow, and added several large additions between 1913 and the 1980s. Additional institutions also joined the complex, including the College infirmary, the Hitchcock Clinic physician group practice, and a nurses' school.

The Hitchcock Clinic was one of the first organized group practices in the United States, certainly one of the first in New England. Medical practice in the 1920’s (and for decades to follow) was largely a private-practice or “solo” model. It was in this context in June of 1927, that Dr. John Bowler, a surgeon practicing on Main Street in Hanover proposed the idea of a multi-specialty group practice to four other Hanover physicians: Percy Bartlet, Harold Des-Brisay, Harry French and John Gile. Together, they formed a partnership and petitioned the Mary Hitchcock Memorial Hospital (MHMH) Board of Trustees for exclusive rights to practice within the hospital. Three of the four had done their training at the Mayo Clinic in Rochester, MN, so in many ways the model of the Hitchcock Clinic was based on the Mayo Clinic model. The plan was approved by the MHMH Board of Trustees in 1927 and from that time onward, the members of the Hitchcock Clinic had, in effect, a sole franchise in practicing within the walls of the hospital.

Initially, the group practice took the legal form of a partnership. Within the group practice, innovations were adopted without which the long-term success of the rural enterprise would have been compromised. In 1946, the original Hitchcock Clinic partnership was dissolved and the Clinic was incorporated under New Hampshire law as the Hitchcock Clinic, Inc. In 1983, the clinic leaders voted to discard its formal for-profit corporate structure, dropping the “Inc.” from its name and becoming legally what it has always been in fact—a non-profit organization.

It was recognized that without a financially strong hospital, the clinic could not attract and retain quality physician members. And without a strong medical staff, MHMH could not survive financially.

The Move to Lebanon

Although many expansions to the hospital took place, the most important addition came as a result of a generous gift from a Woodstock woman. In 1947, Marianne Gaillard Faulkner donated $1 million to support a major expansion of the hospital, then located on Maynard Street in Hanover, called the Faulkner House. Around 1970, the hospital doubled the height of Faulkner House by adding four floors. By that point, going vertical seemed the only way to expand, as six new medical school buildings over the next 10 years would close off the east for possible expansion.

By the early 1980s, it had become increasingly clear that the physical plant of the medical center was inadequate, especially for the hospital and clinic but certainly for the medical school. The decisions made at that time set the stage for developing an academic medical center.

The original plan was to expand onto Dewey Field, north of the medical school, but with worry about the congestion and parking, this was rejected by the Town of Hanover. Dartmouth College, which had a long-term plan of expanding northward, offered DHMC a large portion of its Gile Tract on Route 120. The thirteen-acre building site was surrounded by about 200 acres of woodlands.

The “Lebanon Option” was agreed upon and planning began in 1985. Construction began in 1988 and was completed in 1991. The planning and design for the new DHMC was unique from the start. Corridors were wide and skylights were abundant to allow natural light to enter wherever possible. The move from the Hanover location to the Lebanon site took place on October 5, 1991 and was an accomplishment of great proportion. While only about a mile apart, the challenges were nonetheless great.

View a wonderful 16-minute video overview of the dedication of the new medical center and move (including a great time-lapse of the medical center construction) at this link.

During the 1990s, the clinic and hospital prospered and became more operationally integrated. Sub-specialization and multi-disciplinary programs began to characterize the

institution even as more and more of the population turned to it for primary care services.

During this period, clinic leadership promoted the development and growth of clinic group practices in Concord, Manchester, Nashua and Keene. Outreach programs continued as did programs in medically underserved areas. Additionally, through the creation of The Hitchcock Alliance, the Hospital created partnerships with other hospitals and provider organizations in the region to coordinate planning for the health needs of our region.

The Dartmouth Medical School (which is now known as the Geisel School of Medicine at Dartmouth) also became a success story during this period: research grew dramatically and the quality of the student body was superior. New degree programs were launched and health policy research emerged as a flagship activity.

To continue to thrive, however, required a further change in the legal structure of the clinic and hospital to create greater efficiencies and to reflect the deep roots of collaboration and integration between the hospital and the clinic. It is in this context that the corporate bylaws of the clinic and hospital were amended in 2013 to create mirror bylaws for each entity, including mirror Boards of Trustees. While Dartmouth-Hitchcock Clinic and MHMH continue to maintain separate corporate identities, since 2013 they have operated in an even more integrated fashion. When we use the term “Dartmouth-Hitchcock,” we are referring to the clinic and MHMH operating together.

In 2009, the D-H Boards of Trustees approved the formation of an integrated health system designed to efficiently coordinate resources, expand access to the specialized services and research available at New Hampshire’s only academic medical center, and enhance the value and quality of care in communities throughout New Hampshire and eastern Vermont. The health system was formed through the creation of a “parent” corporation, Dartmouth-Hitchcock Health (D-HH), and originally had two provider members, Mary Hitchcock Memorial Hospital and the Dartmouth-Hitchcock Clinic, which includes community-based physician group practices in Concord, Keene, Manchester and Nashua.

Our Journey to Becoming a Health System