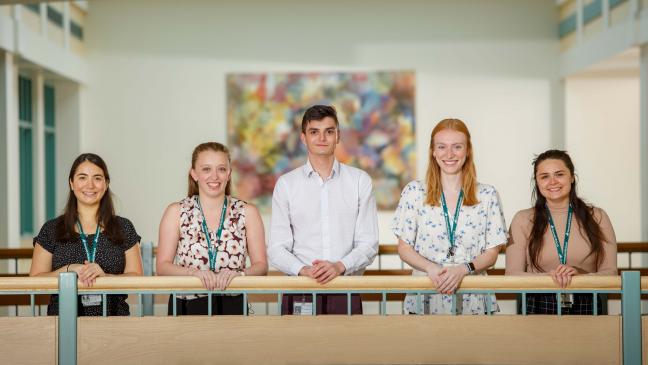 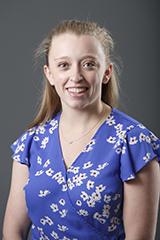 Dr. Honor is originally from Miller Place, New York. She attended the University of Connecticut School of Pharmacy, earning her Doctor of Pharmacy in 2021. During pharmacy school, she worked at the Veteran Affairs Hospital in West Haven, Connecticut. Prior to pharmacy school, she received a B.S. in Forensic Science and a BS in Chemistry from the University of New Haven. Her career interests include pediatrics, critical care, and hematology/oncology. In her spare time, she enjoys traveling, trying new restaurants, staying active, and spending time with her co-residents. 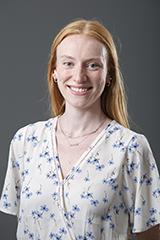 Dr. Gilchrist is originally from Cropseyville, New York, and earned her Doctor of Pharmacy degree from Albany College of Pharmacy and Health Sciences in May of 2021. Her clinical interests include critical care, emergency medicine, and infectious diseases. In her free time, Hannah enjoys running, hanging out with her co-residents, and spending time with friends and family. 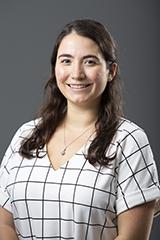 Dr. Menditto is originally from Manalapan, New Jersey. She attended the University of Rhode Island College of Pharmacy, earning her Doctor of Pharmacy in 2021. During pharmacy school, she worked at Westerly Hospital and CVS. Her career interests include pediatrics and critical care. In her spare time, she enjoys the outdoors, cooking, and spending time with friends and family. 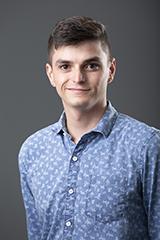 Dr. Scala is originally from Hopkinton, New Hampshire. He recently graduated from the University of Rhode Island with his Doctorate of Pharmacy. His clinical interests include ambulatory care, diabetes, HIV. Outside of pharmacy, Adam enjoys trying out local restaurants, cooking, and spending time with friends. 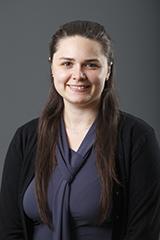 Dr. Murray is originally from Goshen, New York. She graduated from SUNY Geneseo in 2017 with a Bachelor's of Science in biology and a minor in environmental studies. She attended the University at Buffalo where she earned her Pharm.D. in 2021. During pharmacy school, Dr. Murray worked at Sisters of Charity Hospital — St. Joseph’s Campus in Cheektowaga, New York, as a pharmacy intern. Her clinical interests include anticoagulation, cardiology, and critical care. Outside of work, she enjoys hiking, camping, cooking, and playing with her cat. 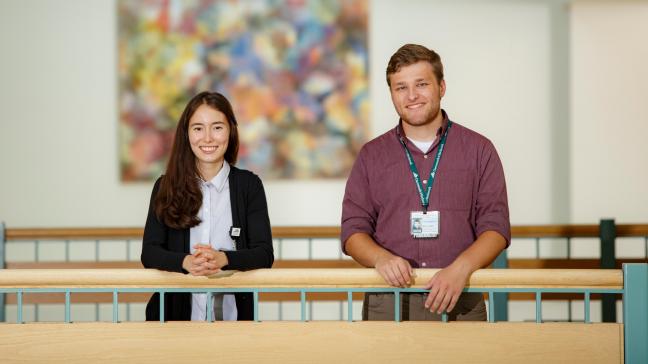 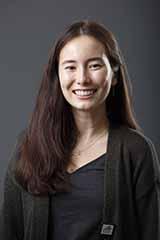 Dr. Rumley is originally from Alaska. She graduated from Grinnell College in 2016 with Bachelor of Arts degrees and in May of 2021, she earned her Doctor of Pharmacy and Master of Public Health degrees from the University of Minnesota. Her professional interests include ambulatory care, oncology, and specialty pharmacy. During her free time, Julia enjoys sketching, cooking, gardening, and taking on food fermentation projects. She is looking forward to exploring local restaurants and community events in the Upper Valley throughout the year. 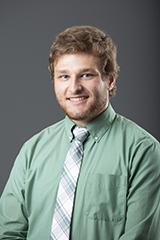 Dr. Sherwood is originally from Central New York. He earned his Doctor of Pharmacy degree in May 2021 from the Albany College of Pharmacy and Health Sciences. His professional interests include diabetes, cystic fibrosis, and specialty pharmacy. During his free time, Bryan enjoys skiing, mountain biking, frisbee golf, and spending time on a lake. He is looking forward to exploring the Upper Valley, and all of the local skiing opportunities come winter. 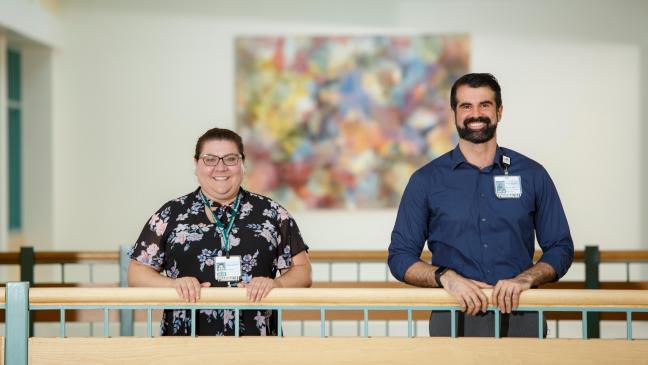 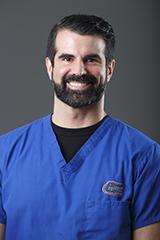 Dr. Wells is originally from Fort Lauderdale, Florida. He earned his bachelor’s degree in chemistry from the University of Florida in Gainesville, Florida. He then earned his Doctor of Pharmacy degree from Appalachian College of Pharmacy in Oakwood, Virginia. From there he completed his PGY-1 residency training at Kingsbrook Jewish Medical Center in Brooklyn, New York. He then completed an Academic Pharmacy Fellowship at Touro College of Pharmacy in New York, New York, and afterwards worked as a Clinical Staff pharmacist at Lenox Hill Hospital in New York, New York, before moving to the Upper Valley. His interests include sedation/analgesia, infectious diseases, and precepting. When not in the hospital, he enjoys fitness, eating, hiking, sports and traveling. 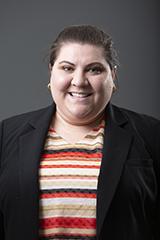 Dr. Simms is originally from Orlando, Florida. She earned her Bachelor’s of Science degree at Florida State University. She moved to Baltimore, Maryland, to earn her Doctor of Pharmacy degree and Master of Science in Palliative Care at the University of Maryland School Of Pharmacy. She completed her PGY1 residency training at Huntington Hospital in Long Island, New York. Her goal is to become a board certified oncology pharmacist and work at an institution where she can continue to grow and learn as the field of oncology medicine progresses. She is passionate about patient education, palliative care, and precepting pharmacy students.