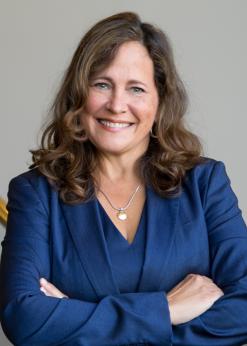 Maria D. Padin, MD, was named Chief Medical Officer for Dartmouth Hitchcock Clinics / Southern Region in April 2020. In this role, Padin assumes responsibility for overseeing Dartmouth Hitchcock Clinics' strategy and care delivery in the southern region. Her work includes integrating the clinical operations across the CGP, collaborating with leadership to coordinate specialty-specific services between the northern and southern regions of Dartmouth Health's service area, continuing to steward clinical relationships with community hospitals and providers in the service area, and oversees Dartmouth Hitchcock Clinics' continuing and successful partnership with Catholic Medical Center in Manchester, New Hampshire. Maria leads facility development and expansion efforts in the southern region and is instrumental as we invest in clinical programming, expand our breadth of services, build infrastructure and improve access to care.

Prior to this role, Padin was named Chief Medical Officer of Dartmouth Hitchcock Medical Center in November 2015. In that role, she focused on clinical and physician-related responsibilities specific to the academic medical center. Padin led efforts in overseeing and coordinating, with the chief nursing officer, cross-disciplinary hospital functions, applying system policies related to physicians at the medical center; managing, with the chief quality officer, accreditation issues; and maintaining and updating professional staff bylaws/rules and regulations.

Padin joined Dartmouth Hitchcock Clinics Concord in 1997 in the Department of Obstetrics and Gynecology, where she went on to serve as Department Chair and then became the Medical Director for Dartmouth Hitchcock Clinics Concord in 2010. She is board certified in Obstetrics and Gynecology, and her clinical interests include robotic surgery, minimally invasive gynecology and pelvic floor prolapse.

Padin earned her medical degree at Dartmouth Medical School (now the Geisel School of Medicine at Dartmouth), and completed her residency in Obstetrics and Gynecology at Maine Medical Center in Portland, Maine. She earned her undergraduate degree at Occidental College in Los Angeles, California, where she worked advocacy for Maternal Child Health in Los Angeles, CA, and with the March of Dimes. She is a Graduate of the Carol Emmott Fellowship Program in 2017 and the Association of American Medical Colleges Chief Medical Officer Leadership Program.

She previously served as Chair of the Department of Obstetrics and Gynecology at Concord Hospital, and was a member of the Medical Executive Committee.

She has four grown children, Carlene, Daniel, Rachel and Marysol, and she and her husband reside in North Hampton, NH.