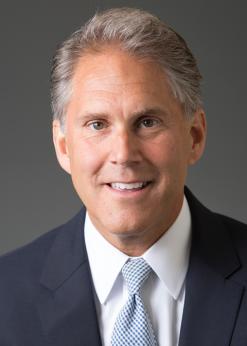 John serves as the chief legal advisor to D-H’s senior leadership and the Board of Trustees. He has full accountability for, and oversight of, the D-H Legal, Government Relations, Communications and Marketing, and Risk Management and Claims Management offices, including D-H's captive insurance company.

Prior to joining Dartmouth-Hitchcock, John was appointed United States Attorney for the District of New Hampshire by President Barack Obama on August 13, 2009. As U.S. Attorney, he was responsible for federal criminal prosecutions, civil litigation, and federal law enforcement initiatives in the State of New Hampshire.

John began his legal career at a private law firm in his hometown of Manchester, NH, following his admission to the New Hampshire Bar in 1990. He began his career in public service in 1993, when he became a prosecutor with the NH Attorney General's Office. From 1993-1999, he served as an assistant attorney general, senior assistant attorney general and chief of the homicide unit. John then joined the U.S. Department of Justice as a trial attorney in the Criminal Division in Washington, DC, from 1999-2000. Before becoming U.S. Attorney, John spent nine years in private practice, having founded the firm of Kacavas Ramsdell & Howard in Manchester.

In 1996, John was awarded the first annual Robert E. Kirby Award by the New Hampshire Bar Foundation. Selected by a panel of federal and state court judges, the award recognizes an attorney, 35 years-old or younger, who exemplifies skilled advocacy, civility and perspective in the practice of law.

John graduated with a BA in political science from St. Michael's College, an MA in international affairs from the American University School of International Service in Washington, DC, and a JD from Boston College Law School.