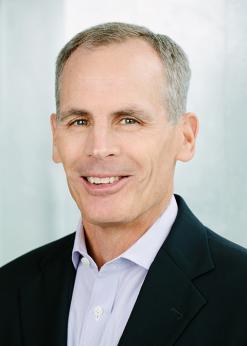 David. P. Paul is currently president and chief operating officer for JBG SMITH a NYSE-traded real estate investment trust and developer in the Washington, DC market. He is a member of the company’s Executive Committee and Investment Committee. In his role, he oversees the strategy execution and operations of the firm with approximately 1,000 employees, more than 18 million square feet of office, residential, and retail assets, and a significant new asset development pipeline. Paul is one of the key team members that managed the public listing of JBG SMITH, a company formed in 2017 through the merger of privately held JBG and the DC division of a publicly-traded real estate investment trust. During the merger, he helped lead the integration of the teams, operations and assets of the two firms.

Prior to the merger, Paul was one of six managing partners for The JBG Companies. The firm focused exclusively on the DC market and consisted of approximately 600 team members, nine private equity funds and more than $3 billion of equity under management with assets primarily from endowments, foundations and high net worth individuals. He was a member of the firm’s Executive Committee, Investment Committee and chair of the Management Committee.

Before JBG, Paul worked in commercial and retail real estate development and investment with several firms including Archon Group, a subsidiary of Goldman, Sachs & Co., Starwood Urban Investments, and Trammell Crow Company. He has been involved in both domestic and international real estate investment. He began his career with the consulting firm Bain & Company in Boston.

Paul received his Bachelor of Arts from Vanderbilt University and Master of Business Administration from the Tuck School of Business at Dartmouth. Paul and his spouse, Jill, have three children and live in McLean, Virginia, and own a home in Sunapee, New Hampshire.