CEO and Co-founder of Particles for Humanity PBC 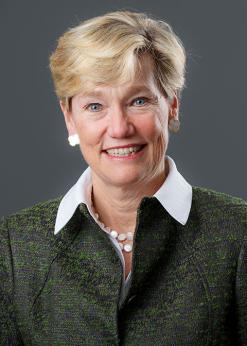 Sherri C. Oberg is CEO and co-founder of Particles for Humanity PBC, which is developing nutrition and vaccine technologies that are designed to meet the specific needs of low and middle-income countries, with funding from the Bill & Melinda Gates Foundation. Oberg has more than 25 years of experience leading private, as well as public, NASDAQ listed companies. Particles for Humanity is the third life sciences company she has co-founded. The first was acquired in a successful exit for its venture capital investors. The second company grew to over 100 employees, invented four drug candidates that entered human clinical trials, one of which completed all three phases of human testing, commercial manufacturing scale-up, and regulatory submissions for approval in the US and Europe. Oberg raised over $300 million, including venture capital, an initial public offering, various public equity transactions, international partnerships, and joint ventures.

Oberg is a recognized leader in entrepreneurship and innovation. She gave the 2014 graduation speech at the Tuck School of Business (top 10 ranked U.S. business school by US News and World Report), was a finalist for the Ernst & Young Entrepreneur of the Year Award, and Mass High Tech All-Star. For eight years, she served on the Board of Trustees at Dartmouth College, where she was Chair of the Audit Committee with oversight responsibility for over $1 billion in operations and a $4.5 billion endowment. Oberg received a BA from Dartmouth College and an MBA from the Tuck School of Business.