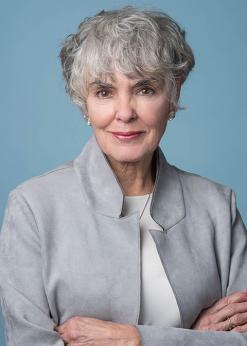 Geraldine "Polly" Bednash, PhD, RN, FAAN, was the executive director of the American Association of Colleges of Nursing (AACN) from 1989 to 2014. In her role as Chief Executive Officer, Dr. Bednash oversaw the educational, research, governmental affairs, publications, and other programs of the organization that is the national voice for baccalaureate and graduate-degree education programs in nursing – the nation’s largest health care profession. Prior to serving as executive director and CEO, Dr. Bednash headed the association's legislative and regulatory advocacy programs as director of government affairs. In that post since 1986, she directed AACN's efforts to secure strong federal support for nursing education and research, coordinated new initiatives with federal agencies and with major foundations, and co-authored AACN's landmark study of the financial costs to students and to clinical agencies of baccalaureate and graduate nursing education. Dr. Bednash, currently retired, holds an adjunct professor appointment at the Australian Catholic University. She previously held an adjunct professor appointment at the University of Vermont.

Dr. Bednash served as the chair of the Nursing Alliance for Quality Care, as a member of the Sullivan Alliance to Transform the Health Professions and was a member of the Quality Alliance Steering Committee. Additionally, she was appointed to the Secretary's Academic Affiliations Council of the Veteran’s Administration. She has served on multiple boards and commissions including the board of the Friends of the National Library of Medicine, the advisory board for the National Coalition of Ethnic Minority Nursing Associations scholars development project, the Sullivan Commission on Diversity in the Health Professions, and on the editorial boards of several leading nursing publications. She also served on the Advisory Board for the National Center for the Analysis of Health Care Data. Her publications and research presentations covered a range of critical issues in nursing education, research, clinical practice, and legislative policy.

Before joining AACN, Dr. Bednash was assistant professor at the School of Nursing at George Mason University and a Robert Wood Johnson Nurse Faculty Fellow in Primary Care at the University of Maryland. Her experience includes developing resource policy for the Geriatric Research, Evaluation, and Clinical Centers of the Veterans Administration; serving as a nurse practitioner and consultant to the family practice residency program at DeWitt Army Hospital at Fort Belvoir, Virginia; and service as an Army Nurse Corps staff nurse in Vung Tau, Vietnam. Additionally, Dr. Bednash served as the first chair of the board for the Association Mutual Health Insurance Company, the first national captive insurance company developed to provide health insurance coverage for employees of higher education associations.

Dr. Bednash received her Bachelor of Science degree in nursing from Texas Woman’s University, Master of Science in Nursing from The Catholic University of America, and doctorate in higher education policy and law from the University of Maryland. She is a fellow of the American Academy of Nursing and member of nursing’s national honor society, Sigma Theta Tau International.