When is surgical repair of an aortic dissection advisable? 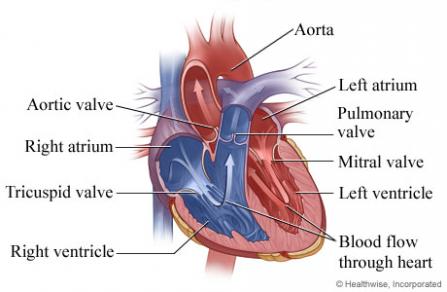 An aortic dissection—a split, tear, or weakened area in the lining of your body's main artery—is often a life-threatening condition and represents one of the rare true emergencies in cardiac surgery. Medication can sometimes be an appropriate treatment option for a dissection of the descending aorta. But immediate surgery will be advisable for nearly all dissections of the ascending aorta or aortic arch.

Once a dissection occurs in the ascending aorta, between 25% and 30% of patients die within hours, and the risk of death approaches 100% after a week without an operation. Our cardiac surgeons have long been known for their expertise in the repair of acute, emergency aortic dissections.

How is repair of an aortic dissection accomplished?

There are a number of ways to repair or replace the portion of an aorta damaged by a dissection. Which option is used will depend on such factors as where the dissection is located, how much of your aorta needs to be repaired or replaced, and the overall state of your health. Your surgeon will determine which of the following procedures is most appropriate in your particular situation:

The risks involved in surgery are appreciable, but far lower than not operating. A given patient's risk will vary, depending on such factors as age and overall health status, but the average mortality, or risk of death, from repair of an aortic dissection is about 15%. Complications, such as a stroke, also occur in a certain percentage of cases, depending on the severity of the dissection; immediate surgery is often associated with better outcomes and fewer complications. In addition, any surgical procedure involves a very small risk of other complications, such as infection.

The benefits of a successful repair are many, with the majority of surviving patients returning to full productivity. Patients usually need to take medication for the rest of their life to control their blood pressure, so as to minimize pressure on the wall of their aorta. Close, long-term follow-up of such patients is also advisable, to watch for the development of complications or further dissections. Up to 30% of patients may require another operation to repair a subsequent dissection or aneurysm of their aorta.

The typical hospital stay ranges from 7 to 10 days, in some cases up to 14 days. At that point, the vast majority of patients are able to go home, with support from the visiting nurse service, though about 15% to 20% may need to spend some time in a rehab facility for more extensive rehabilitation. After discharge, patients are advised not to drive for about three weeks and not to lift anything heavier than 5 pounds for about 6 weeks. Beyond that point, they can resume their normal daily activities.

In cases when minimally invasive surgery is appropriate, both the length of the operation and the recovery period are typically shorter (and much shorter in the case of endovascular surgery).