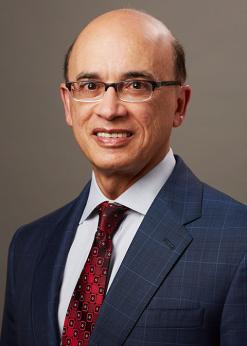 Dr. Desir is the Beeson Professor of Medicine at the Yale School of Medicine, where he also serves as Chair of the Department of Internal Medicine., Dr. Desir is also Chief of Medicine at Yale New Haven Hospital, and at Yale University he serves as vice provost for faculty development and diversity.

As a physician-scientist, Dr. Desir is discovered a novel protein - which he named renalase - that plays a critical role in cell injury, inflammation, and cancer. He is a named inventor on several United States and international patents related to the discovery and use of the renalase protein, and the development of drugs for cancer. He is the scientific founder of 2 biotechnology companies.